First, a capsule history: Ending a 300-year occupation, Mexico won its independence from Spain in 1821. The country was free, but broke. So it had to borrow lots of money, mainly from European nations. In 1861, almost broke again, Mexico stopped paying part of its debts, which prompted its European lenders – spearheaded by France – to land a fleet at Veracruz. After all kinds of broken deals and treaties, the next year the French army set out for Mexico City on a route from Veracruz that took them to Puebla along the way.

It was May 5, 1862, and it was going to be a glorious day for the French army and Napoleon III. There they were, in the middle of Mexico, all decked out in their finest uniforms and ready to charge up the hills to the city of Puebla. Soon, as bugles blared and with tricoulour battle flags proudly waving overhead, they’d be slashing their way through the city’s defenders in what one general called “the grande advance.” 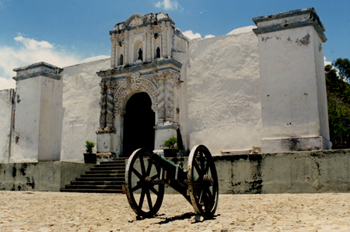 Never mind that the French troops would have to get past two forts bristling with guns atop two opposite hills in front of the city. They’d also have to cross a quarter-mile-long trench between the forts packed with enemy troops and lined by sharp-spiked maguey cacti.

It would have been much easier to attack Puebla on the relatively undefended back side of the city, as urged by veteran Legionnaires among the 6,500 French troops gathered for the battle. But they were mostly commanded by civilians, typically noblemen with little combat experience, or none at all.

The decision to attack from the front was because going around to the back would have been “beneath the honor and dignity of France,” as a historian put it.

So off the troops went, charging up the hills short on artillery shot (someone miscalculated how much they’d need) and with ladders too short to scale the walls of the forts (another goof). What’s more, it began raining, turning “the grande advance” into a muddy mess besides swelling the water in moats around the forts, making it even harder to get to the walls.

As bugles sounded the order to retreat, Mexico racked up its first (and according to the history books, its last) victory over a foreign army. A little over 460 French soldiers died in the battle vs. 83 Mexican losses.

The victory was short-lived, however, because the French came back to Puebla the next year – this time with a bigger army – and after a pitched battle hoisted their red, white and blue tricoulour flag over the city. 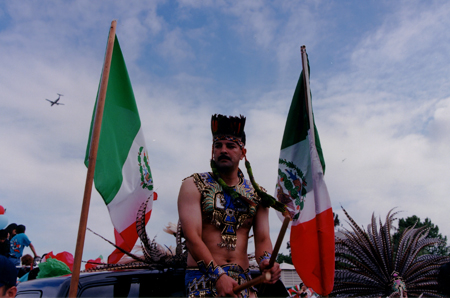 Still, the date of the initial victory is celebrated each year. Ironically, it’s not a big deal in Mexico (other than in Puebla), although huge celebrations are held in cities across the U.S.

Where is Puebla? It’s about 80 miles east of Mexico City, a drive of 1 to 2 hours depending on the traffic.

More info on the battle: A great source is a 30-page-long account of the battle in the 1995 book, Chapultepec, by Norman Zollinger (Forge Books). 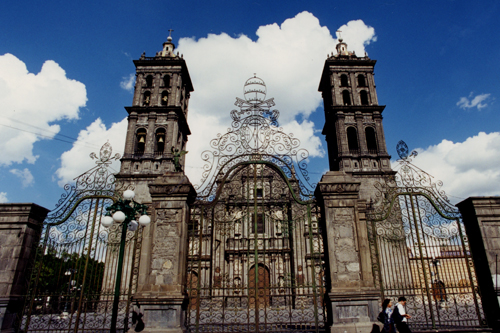