Mexico City: Tales of an Aztec emperor, a Spanish conquistador and a flying serpent 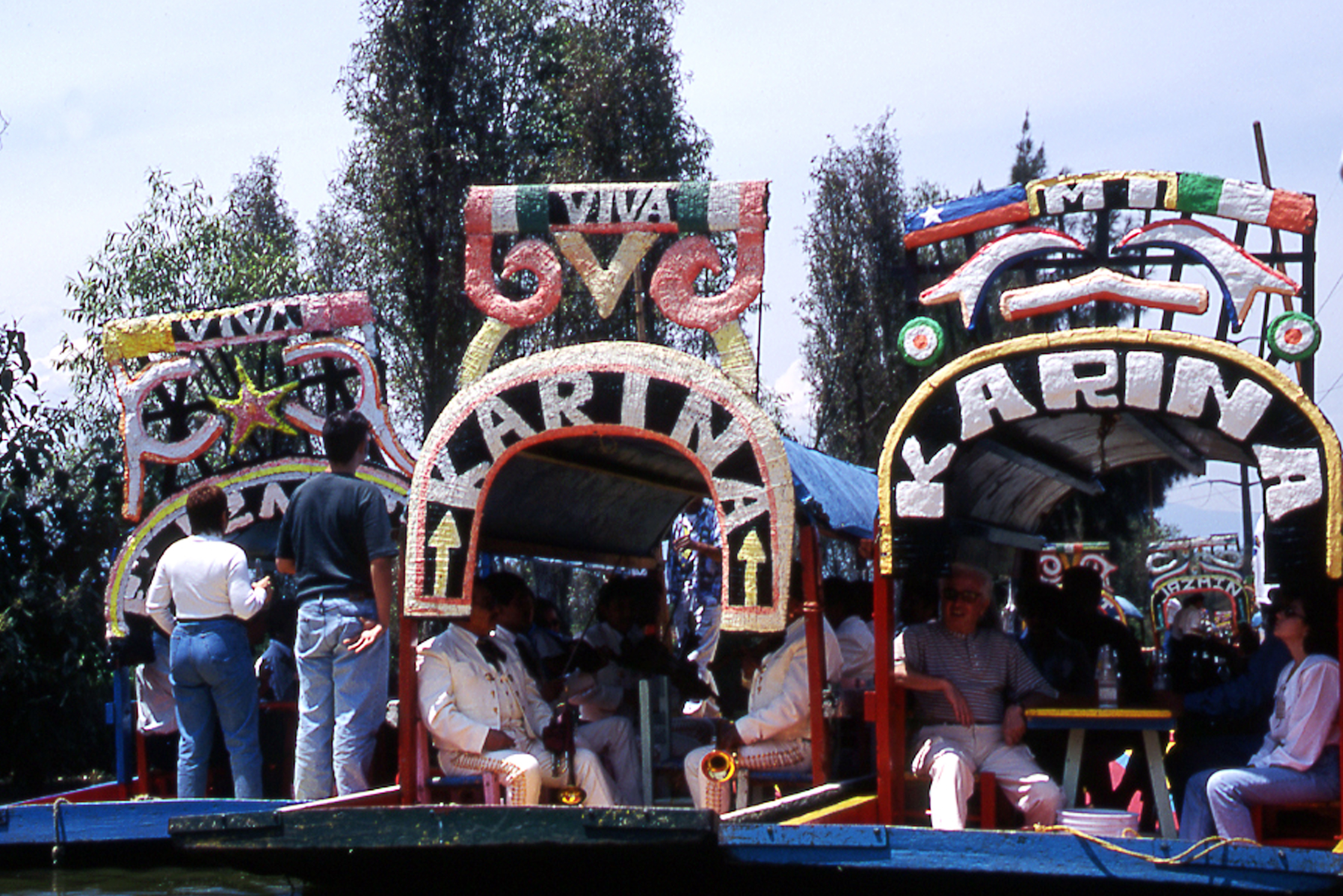 Next time you’re on a jet landing at Mexico City, try to imagine what happened here five centuries ago when Hernan Cortes

and his 500 conquistadores marched into the capital city of the Aztecs – while their emperor and a quarter-million warriors stood by. This is the story of how an odd coincidence paved the way for Cortes’ victory. 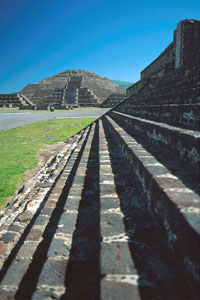 For centuries, Aztec emperors got worried when the year 1-Reed rolled around in each “sheaf” of 52 years. 1-Reed, legends had it, would be the year of the return of the god-king Quetzalcoatl – a flying serpent – who’d left the country to do penance for, well, an unspeakable act he’d committed when he ruled the empire. When he got back, the stories said, the ruling powers at the time would (at best) find themselves jobless.

Quetzalcoatl was said to have sailed away across the eastern sea (the Atlantic) to atone. When he returned someday, it would be on “a large raft manned by fair-skinned, bearded sailors.”

The god-king didn’t say when he’d be back, but the emperors assumed it would be in the year of his birth, 1-Reed.

During the watch of Emperor Moctezuma II, that year corresponded to the Christian year 1519. And guess who showed up on April 11, 1519 (with fair-skinned, bearded sailors, no less) at a city now known as Veracruz on the Gulf of Mexico?

Spanish conquistador Hernan Cortes had no idea there was anything special about that year, much less his bearded sailors, when his army of 500 soldiers  came charging ashore from their 11 galleons yelling “por Santiago” (for St. James, the patron saint of Spain).

Moctezuma wasn’t sure all this marked the return of Quetzalcoatl, but he wasn’t taking any chances. Spies brought him daily messages of the invaders’ progress and the battles they fought with local tribes on the 200-mile trek from the coast to the capital, Tenochtitlan, a city in the middle of a huge lake.

On Nov. 11, 1519, when Cortes and his troops showed up at Tenochtitlan, the emperor welcomed them into the city and treated them like gods. He even put them up in the luxurious palace of his father.

Big mistake. After awhile Cortes put Moctezuma behind bars, and the emperor was later killed. 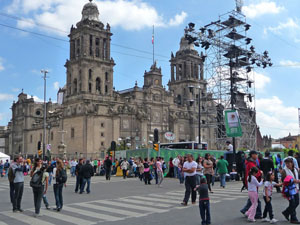 Historical notes: There’s a lot more to the story of the conquest, of course. For instance, after their emperor’s death in mid-1520, the Aztecs booted the invaders out of Tenochtitlan. A little over a year later the city was recaptured by Cortes, aided by thousands of Indian allies. With the Aztec capital in the hands of the conquistadors, the empire collapsed and became “New Spain.”

The Spaniards built their capital on the ruins of Tenochtitlan, which had been linked to the mainland by a number of causeways. The lake filled in as the centuries rolled by, leaving Mexico City and the 9 million or so folks who live there today on dry land.

The super-god Quetzalcuatl was a diety of not only the Aztecs but also the Mayans, who called him Kukulkan. The latter version pops up all over eastern Mexico, such as the Pyramid of Kukulkan in the ruins of Chichen Itza and Kukulkan Boulevard in Cancun.

More info on Mexico:  Visit the Mexico Tourism Board (www.visitmexico.com).